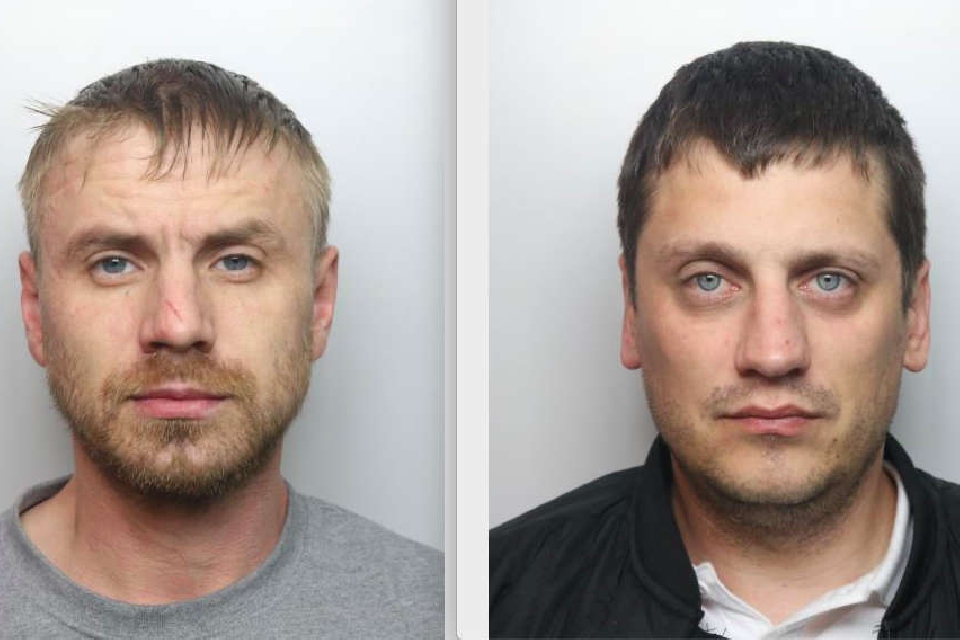 Andreas Narbutas and Arminas Gudas, both aged 34 were sentenced at Aylesbury Crown Court on Thursday (22/9)

At around 4am on 20 June this year, Narbutas and Gudas stole a keyless Maserati Ghibli from the driveway of a property in Freemans Close in Stoke Poges.

They then drove at speed towards Maidstone, Kent, where Kent Police’s ANPR system spotted it as the victim, a man in his fifties, had reported it as stolen.

Kent Police officers pursued the car, which Narbutas drove in a dangerous manner using both sides of the road.

A ‘stinger stick’ brought the pursuit to a halt but Narbutas continued to drive on the deflated tyres before he and Gudas eventually decamped in the Leeds area of Maidstone.

Kent Police officers immediately arrested Gudas and Narbutas was located in some nearby woodland soon afterwards, with the use of a dog unit and a drone.

Andreas has been jailed for four and a half years, while Arminas was sentenced to two years and two months in prison.

The pair have been disqualified from driving for over 12 years in total.

Both men will be deported to Lithuania following their release from prison.

Thames Valley Police police staff investigator Jon Brewer said: “Not only did Andreas Narbutas and Arminas Gudas steal a high-value sports car, but they then drove it recklessly and dangerously, putting themselves and the public at risk.

“Fortunately no one was hurt in the incident but the victim has been left without his vehicle.

“I would like to thank our colleagues at Kent Police who were commended by the judge for stopping the stolen vehicle and apprehending the offenders without anyone being injured.

“Thames Valley Police is committed to bringing thieves and dangerous drivers to justice.”