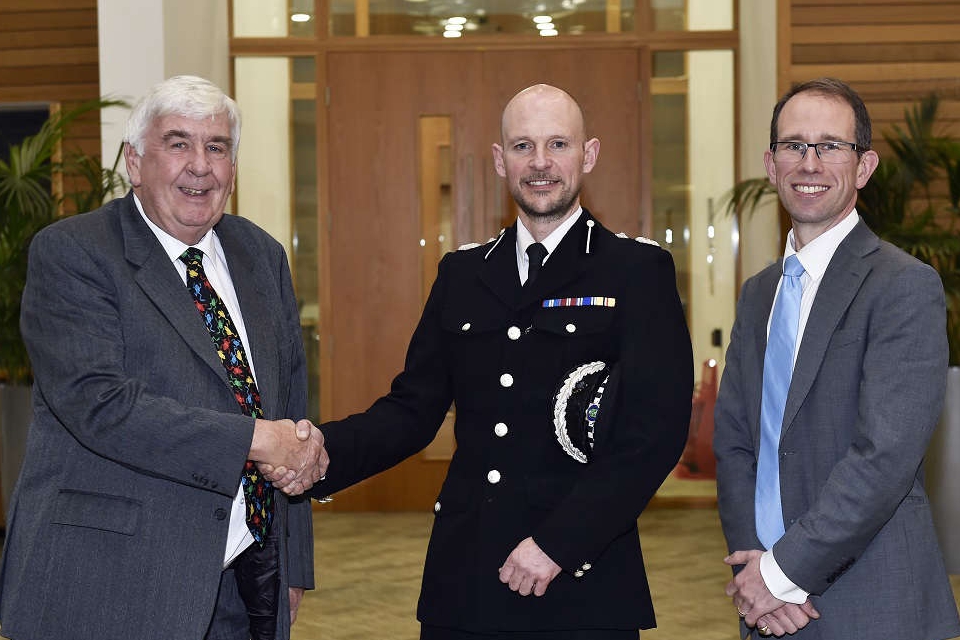 The appointment of Jason Hogg as the new Chief Constable of Thames Valley Police has been announced today by Police and Crime Commissioner, Matthew Barber.

Jason Hogg will take over from current Chief Constable, John Campbell, who is due to retire at the end of March 2023.

Following the meeting, the Panel confirmed its support for the appointment.

Jason started his career in Cleveland Police in 1995 before transferring to Hampshire in 2001 as a Detective Sergeant.

He spent most of his career working in Criminal Investigation roles, serving as a Detective in every rank.

He has spent a significant part of his career investigating homicide offences and for several years helped deliver training on the National Senior Investigation Officer (SIO) Development Programme.

In addition, he has worked in Special Branch and been Head of Public Protection.

Jason Hogg joined Thames Valley Police in January 2016 as Assistant Chief Constable (Crime and Criminal Justice) before moving to be the Chief Officer lead for the South East Counter Terrorism Unit & Regional Organised Crime Unit. He was promoted to Deputy Chief Constable in 2019.

Matthew Barber, Police and Crime Commissioner said: “I am delighted to confirm the appointment of Jason Hogg as the Chief Constable of Thames Valley Police. Jason will take over leadership of the force in April next year and I am looking forward to working closely with him in delivering the public’s priorities for policing in the Thames Valley.”

Jason Hogg, said: “It is a privilege to have been selected to be the next Chief Constable of Thames Valley Police.

“I am excited by this opportunity to lead the Force, and I am fully committed to working with our people, and our partners to ensure Thames Valley Police continues to protect all of our communities.

“Our dedicated officers and staff will continue to work tirelessly every single day, to provide an excellent service, and a police force that we can all be proud of.

“We will do this by preventing and reducing crime, improving our support of victims, bringing more offenders to justice, and ultimately building trust within our communities.

“I would like to thank Chief Constable John Campbell for his leadership, and all those who have supported me throughout my career, and I look forward to taking up the role in April.”