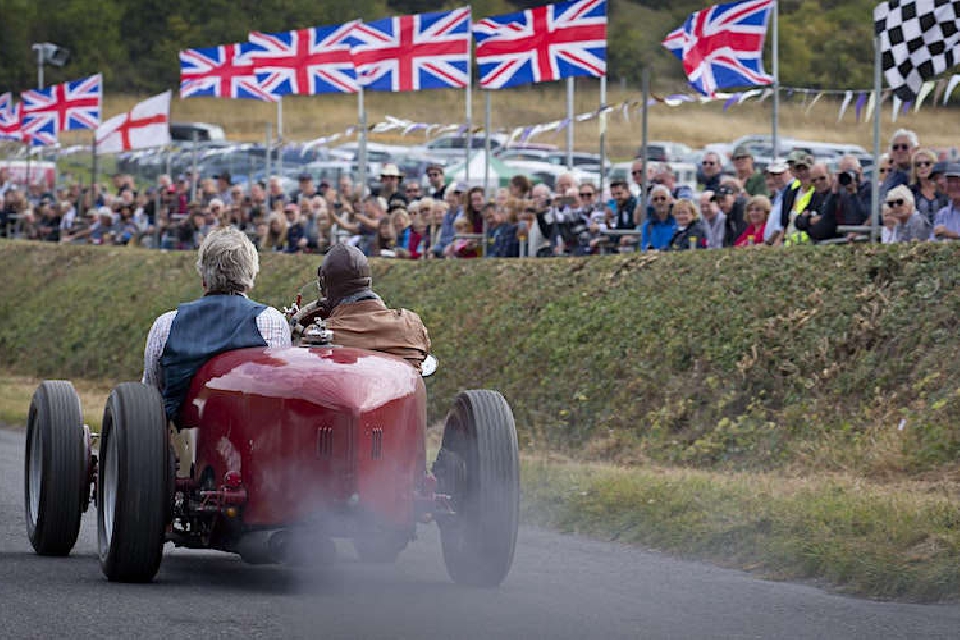 Organised totally by volunteers the mix of festival and commemorative hill climb for cars and motorcycles raises funds for local charities and projects on behalf of Heart of Bucks - with an incredible amount of over £870,000 to date!

Over 400 historic cars and motorcycles each day will be taking on the famous hill. Many more will be on display in the Paddock, where you can get up close to the vehicles and drivers.

Cars on display include:

Austin 7 Cavalcade - celebrating the 100th year since the Austin 7 was launched with a special cavalcade each day.

The McLaren Speedtail and the Ferrari SF90 Fiorano Spider.

Kop Hill is one of the oldest Hill Climb venues in England. The first recorded races were in 1910. It became a major event on the motorsports car and motorcycle calendar and many famous drivers and riders of the time, including Malcolm Campbell, Raymond Mays, Henry Segrave and Count Zborowski raced up the hill.

Today Kop Hill is a public road, and is closed to traffic during the event, which is an untimed commemorative run.

A complete list of both car and motorcycle entrants for hill climb and Paddock display can be found on the website - www.kophillclimb.org.uk