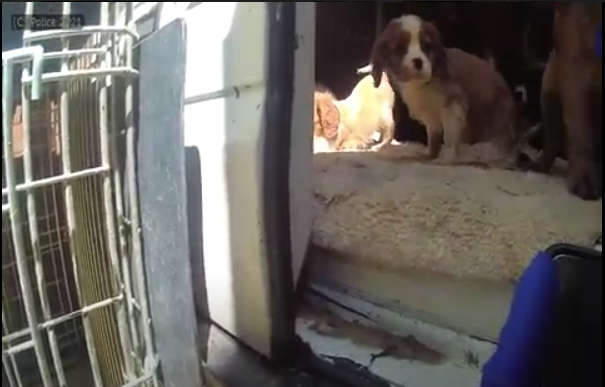 Members of a Buckinghamshire family appeared in court for keeping 17 puppies due to be sold to the public in unsuitable conditions.

Martin and Mary McDonagh, along with 2 of their children, appeared at Aylesbury Magistrates Court under the Animal Welfare Act.

Police found the dogs at an address in High Wycombe last year. They were aged from eight weeks to three months, with no adult dogs on site. Some of the puppies were ill, some in a white van and others in pens with dog crates. One even had a tight fitting cable tie round it's neck. You can see the full report, and details of the convictions below. You may find some of the information upsetting. 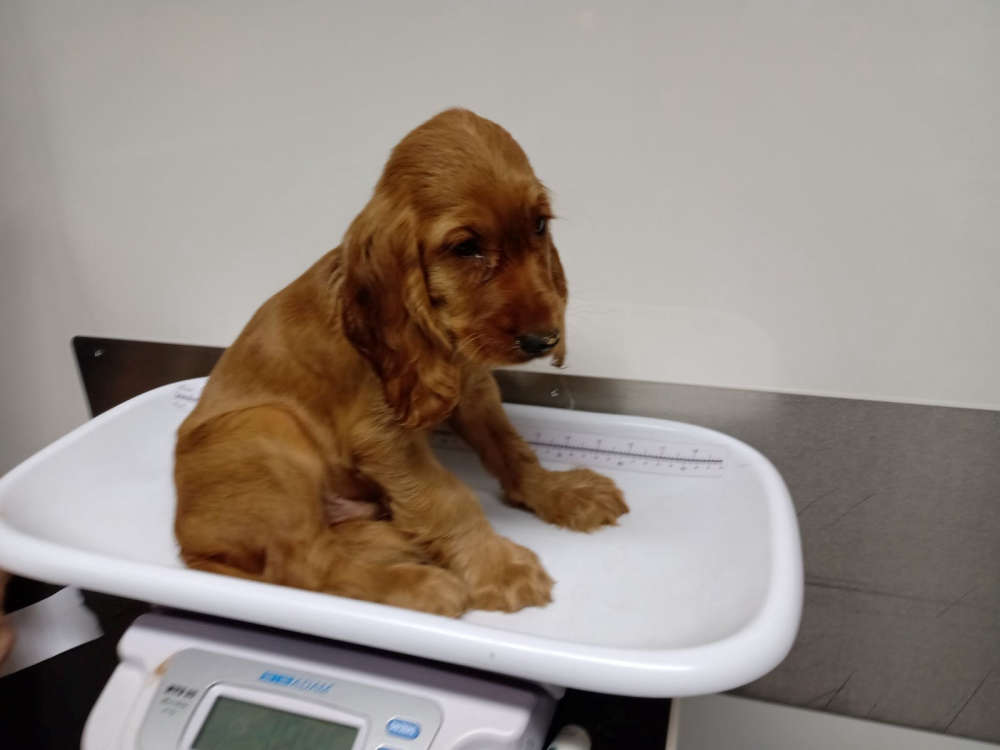 On10 June (2022), Martin McDonagh was sentenced - after pleading guilty to one offence of making false representations, under The Consumer Protection fromUnfair Trading Regulations 2008 - at Aylesbury Crown Court. He was handed aseven month jail term and was disqualified from keeping dogs.

Martin McDonagh was back before magistrates’ court on Monday 21 November having previously pleaded guilty to one Section 4 offence under the Animal Welfare Act- which was that he caused unnecessary suffering to a male Cocker Spaniel type puppy by failing to remove a tight-fitting cable tie from the animal’s neck resulting in tissue damage.

Martin McDonagh also pleaded not guilty to an offence under Section 9 - along with the rest of his family - Mary McDonagh, Thomas McDonagh, and Winnie McDonagh. This joint offence was that they did not take such steps to ensure that the needs of a number of puppies were met to the extent required by good practice.

At the trial on Monday 21 November all four defendants were found guilty of this offence. On this day Winnie McDonagh was sentenced and received a 12 conditional discharge and was disqualified from keeping all animals for two years.

Sentencing then continued for the other three defendants on Monday 10 January. Martin McDonagh was sentenced to a 12 month conditional discharge order, prosecution costs of £500, a victim surcharge cost of £22 and was disqualified from keepinga ll animals for 15 years.

Mary McDonagh was sentenced to a £150 fine, £500 prosecution costs and was disqualified from keeping all animals for 15 years.

Thomas McDonagh was sentenced to 50 hours of unpaid work, £500 prosecution costs, a £100fine and was disqualified from keeping all animals for 15 years apart fromt urtles.

Police attended a property in High Wycombe, Buckinghamshire, on 29 July (2021) and found 17 puppies living in poor conditions without a mother present. They contacted the RSPCA for help and Special Operations Unit (SOU) officer Kirsty Withnall went to assist.

The puppies - a mix of cocker spaniels and Cavalier King Charles spaniels - were of differing ages, from eight weeks to three months, and there were no adult dogson site. Some of the puppies were ill and were being kept in unsuitable conditions, some in a white van and others in pens with dog crates.

In the case summary, prosecutor Hazel Stevens said: “The crates contained noadequate bedding and were covered in faeces, some dirty water was available butthe food that was available was adult dog food not puppy food.

“The five Cavalier King Charles spaniels were in the back of the van and they looked unclean and unhealthy, they were covered in faeces and subdued.”

One puppy had a cable tie around its neck that was so tight it had to be rushed to the vets on police blue lights because rescuers couldn’t remove it.

The area was red, bruised and the tie was just starting to cut into the skin. The area was sore to touch. The vet removed the cable tie from the male cocker spaniel male who was around eight to nine weeks old.

All of the dogs were seized as part of an investigation into puppy selling and a Section 20 application was subsequently granted, by High Wycombe Magistrates’ Court, for the RSPCA to rehome them.

Evidence suggested that Martin McDonagh had been trying to fraudulently sell the puppies as home-bred, despite them being sourced from elsewhere, possibly illegally imported from Ireland.

The council told investigators that the property did not have a licence for breeding or selling.

Speaking outside of court, Inspector Withnall said: “These puppies had been taken away from their mothers and moved to a strange location where they mixed with other puppies of differing ages. They were being kept in completely unsuitablec onditions and one had a cable tie tight around his throat and had to be rushed to vets to have it removed.

“We know from evidence gathering that Martin McDonagh had been trying to sell the puppies but when police arrived at the property he was not present and the rest of his family were in charge of the dogs, who were in very poor conditions.

“Thankfully all of the puppies were removed, placed into foster homes and have since beenr ehomed, and are doing really well with their new families.”

PCRuby Scott from Thames Valley Police, said: “Wherever officers encounter situations where there is evidence that animals are not being cared for properly and there are animal welfare issues, we will always take this seriously and inform our partners at the RSPCA so that they can investigate fully and bring offenders through the courts, as is the case in this instance.”