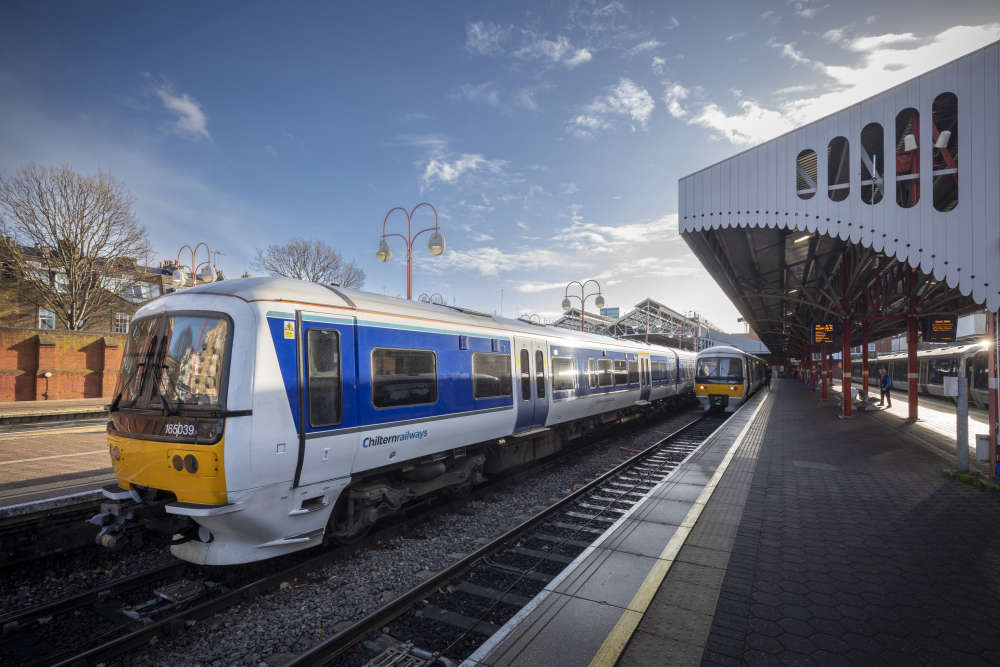 A combination of strike action by members of the unions R-M-T and ASLEF mean there aren't enough staff available to run the usual schedule. Today there is no service while over the weekend planned engineering works will see replacement buses between Aylesbury and Princes Risborough.

Train operator Chiltern Railways has warned customers of substantial disruption through to and including Monday 9 January.

The cumulative impact of RMT industrial action on 3 and 4 January, and ASLEF industrial action on 5 January, means that we do not have enough available staff at work to be able to service and fuel enough of our trains to provide any train service on 6 January. All our trains are diesel trains and need to be fuelled approximately every three days. This means there will be no Chiltern services on any route on Friday 6 January.

Customers are advised to only travel if essential on Saturday 7 January and Sunday 8 January, due to the ongoing impact of industrial action. A very limited service will be in operation this weekend, with no Chiltern service north of Banbury or to Oxford. Trains will start much later and finish much earlier than normal. If customers have to travel, they are advised to triple-check their journey. More information can be found on the Chiltern Railways website Strike Action | Chiltern Railways

The RMT's four consecutive weeks of industrial action will end on Sunday 8 January. Chiltern Railways expects there to be a significant knock-on impact to the train service on Monday 9 January. Short-notice cancellations and shorter train formations than usual are likely on Monday 9 January.

The full Chiltern timetable will be reinstated from Monday 9 January. This is the new, improved timetable that was implemented on 11 December, just before the latest period of industrial action began. In this new timetable some services have been re-timed to maximise capacity, and so customers returning to the railway after this period of disruption should double-check before they travel as their train may be leaving at a slightly different time than in the past.