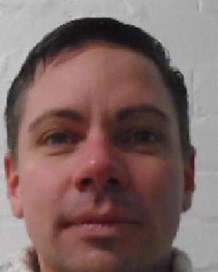 *ARREST MADE* We are providing an update after a man absconded from prison.

A public appeal was made on Monday after Ben Stevens, aged 39, absconded from HMP Springhill.
The force is no longer making that appeal, but would like to thank everyone who shared it and came forward with information.
A 39-year-old man has been arrested in connection with this investigation and is currently in police custody.

Ben Stevens is aged 39, 5ft 8ins tall, of slight build, tattoos of the name ‘Shane’ on the back of his neck, a skull on his right bicep and a heart on his left bicep.

He is believed to have links to areas in Oxford, Dunstable, Castleford, West Yorkshire, Northampton, and Benfleet, Essex.

Police Staff Investigator Mark Weatherstone said: “We are appealing for the help of the public to trace Stevens.

“If you see him, do not approach him and call 999 instead.

“Alternatively, if you wish to remain anonymous, you can contact the independent charity, Crimestoppers, on 0800 555 111.”