Show in the Spotlight - The Commitments - January 2023 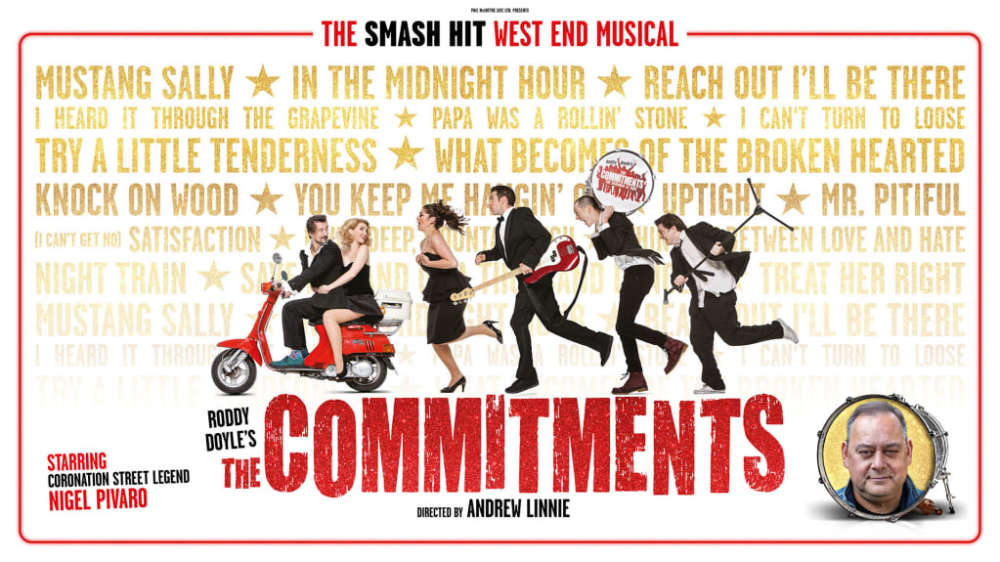 The Commitments - Mon 30 Jan - Sat 4 Feb 2023
A fantastically feel good celebration of soul. Returning to tour the UK and Ireland 5 years after a phenomenally successful, record breaking run in London’s West End and subsequent sell-out tour. The Commitments is based on the BAFTA award-winning film classic.

The Commitments received universal critical acclaim following its London World Premiere and was quickly hailed as a smash hit musical sensation. With over 20 soul classics performed live on stage including: Night Train, Try A Little Tenderness, River Deep, Mountain High, In The Midnight Hour, Papa Was A Rolling Stone, Save Me, Mustang Sally, I Heard It Through The Grapevine, Thin Line Between Love and Hate, Reach Out, Uptight, Knock On Wood, I Can't Turn You Loose and more!

Win a pair of tickets for the show on Monday 30th January at 7:30pm using the form below!

*t&cs: The prize is a pair of tickets. (two winners) to The Commitments at the Waterside Theatre on 30/01/23 at 7:30pm.  Under 16s must be accompanied by an adult (18+).  No cash alternative is available, and tickets will only be valid for the dates shown. Prizes are non-transferrable. Reselling the ticket for profit or commercial gain makes it void. Please pay attention to any COVID policies, which will be sent with your tickets.  You may enter the competition as many times as you like. Standard Bucks Radio rules apply.