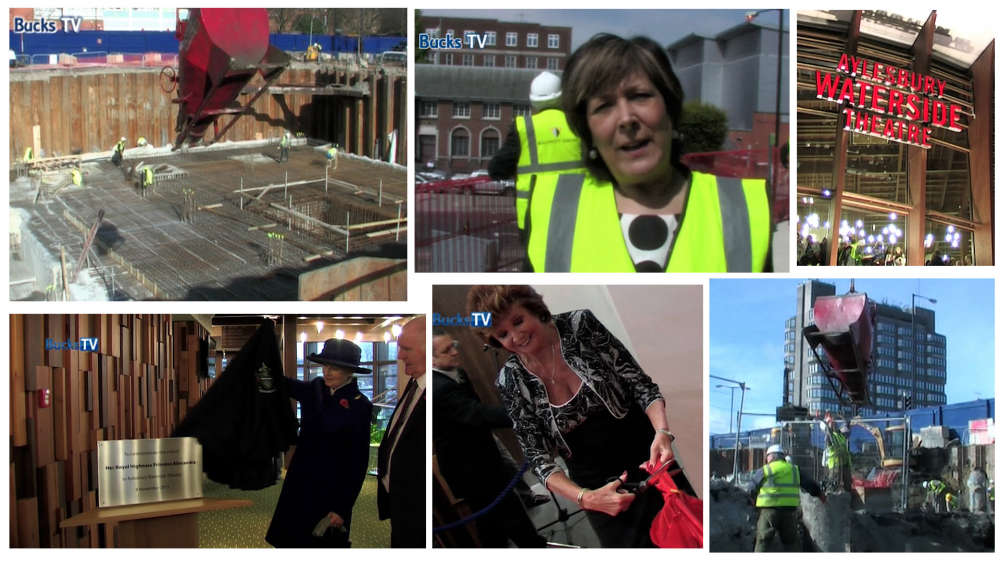 Here we look back and the beginning of this beautiful theatre from the Bucks TV archives as it was built right up to opening Gala night.

The late Lynda Bellingham tops out the new venue - April 2009

Even the 'Fonz' thinks the Waterside is cool!