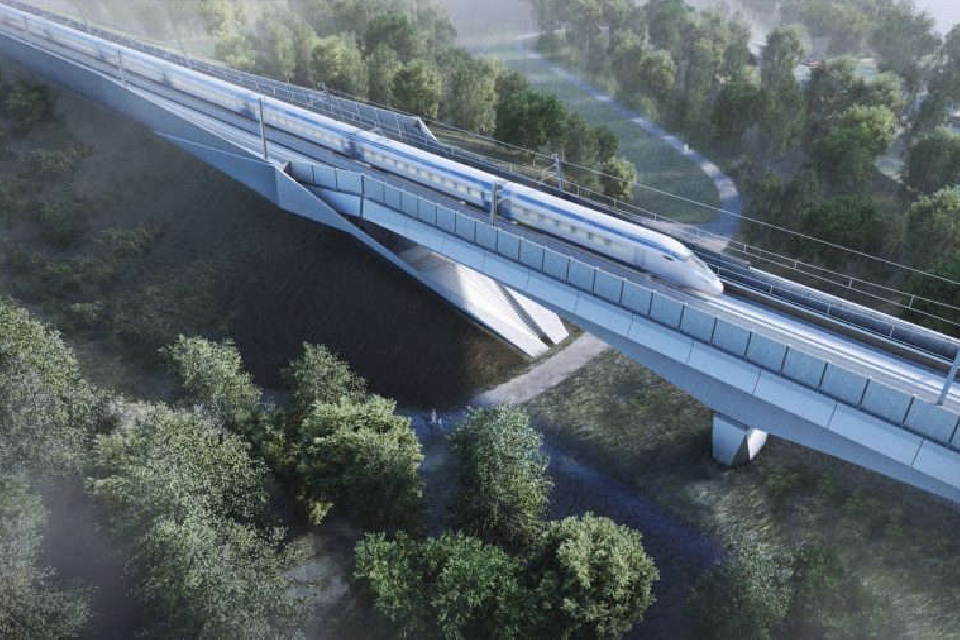 Yesterday (Tuesday, 20 September), HS2 Ltd have won a High Court injunction which restricts people's right to peacefully protest along the entire route, and the Berkshire, Buckinghamshire and Oxfordshire Wildlife Trust (BBOWT) are not happy.

The route-wide injunction makes it a criminal offence for anyone to enter what the company calls "HS2 land" or delay its operations. It also
criminalises "slow walking in front of vehicles in the vicinity of the HS2 Land".

The Wildlife Trust - which has long opposed the high-speed rail project says the ruling "threatens people's right to peacefully protest the construction."

Matthew Stanton, Head of Planning and Advocacy for BBOWT, said:
"This injunction restricts people's right to protest peacefully against
this environmental disaster. This is an affront to democracy,
undermining people's rights to make their voices heard.

"HS2 Ltd has continued to fail in its duties to protect nature and,
while we do not support illegal protest, people must be allowed to
protest against this peacefully, without fear of breaking the law."

He also warned that HS2's fencing in some areas is so poor that visitors to some of the Trust's nature reserves were able to freely wander onto "HS2 Land" without even realising it. Should they accidentally walk onto HS2 land they could technically find themselves facing criminal proceedings under the terms of the injunction.

Security staff have already been accused of being heavy-handed and some BBOWT members have complained to the Trust that they have been
intimidated by these staff and have avoided the nature reserves in question as a consequence.

However, in response to the Injunction, a spokesperson for HS2 Ltd said:

“HS2 Ltd welcomes this Judgment and its approval of the route-wide injunction. This injunction will not, and is not intended to, stop legitimate protest. Instead, we hope the injunction will prevent the violence, intimidation, and criminal damage these protests have frequently caused, harming the HS2 project and those working on it, and costing the UK taxpayer millions of pounds.
“The construction of HS2 is playing a vital role in Britain’s economic recovery from the pandemic, with almost 28,000 people already working on the project and tens of thousands of additional jobs supported through our supply chain. We urge everyone who cares about our natural environment to support a project that is providing work across the UK today, and in the future will get people out of cars, off planes and onto zero carbon rail travel.”

Copies of the Judgment and documents relating to the application can be found at: https://www.gov.uk/.../hs2-route-wide-injunction-proceedings