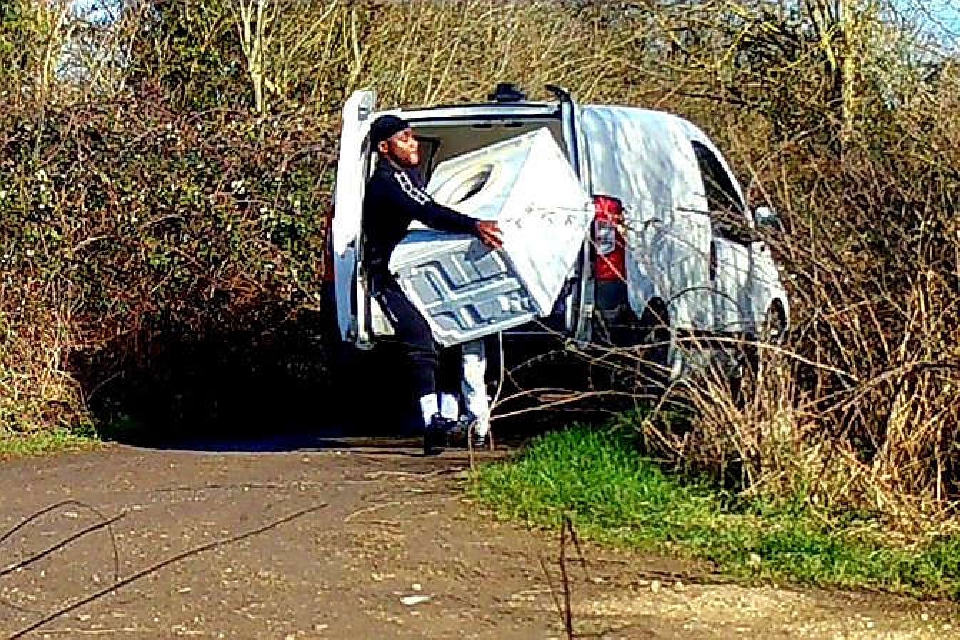 Ahmeed Oluwaseun Aderibigbe, appeared before magistrates in High Wycombe earlier this month, where he pleaded guilty to an offence of illegal dumping.

The court heard that Bucks Council enforcement officers had placed a surveillance camera at Weasel Lane (National Cycle Route 51) which runs between Bletchley and Winslow. The lane is well used by cyclists, walkers and horse riders. Unfortunately, it is also used sporadically by fly-tippers.

On 1 February 2022 the camera recorded images of the occupant of a white van illegally dumping a tumble dryer.

Gareth Williams, Cabinet Member for Climate Change and Environment said: “Our enforcement team pays close attention to fly-tipping hotspots around the county and deploy cameras act as eyes and ears to catch criminals who decide to break the law and fly-tip in Buckinghamshire. I hope this case serves as a warning to others, it is better to recycle lawfully than to pay nearly £2,000 to dump illegally. We will not tolerate fly-tipping in Buckinghamshire.”