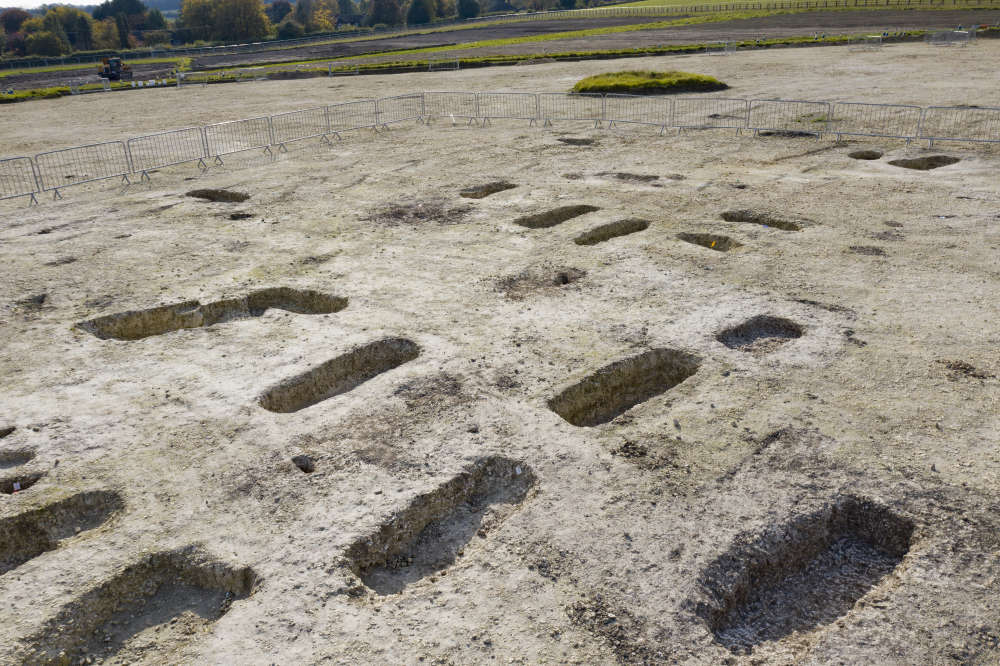 The huge burial ground, which included bones, jewellery, spear heads and swords, was discovered as part of HS2 work.

From brooches to ear wax spoons and a few bones, too - a huge burial ground has been uncovered in Buckinghamshire.

It dates all the way back to the Anglo Saxon period and is near Wendover, where HS2 work is underway.

The items uncovered are dated to the 5th and 6th century, a period in which there are gaps in historical and archaeological record. 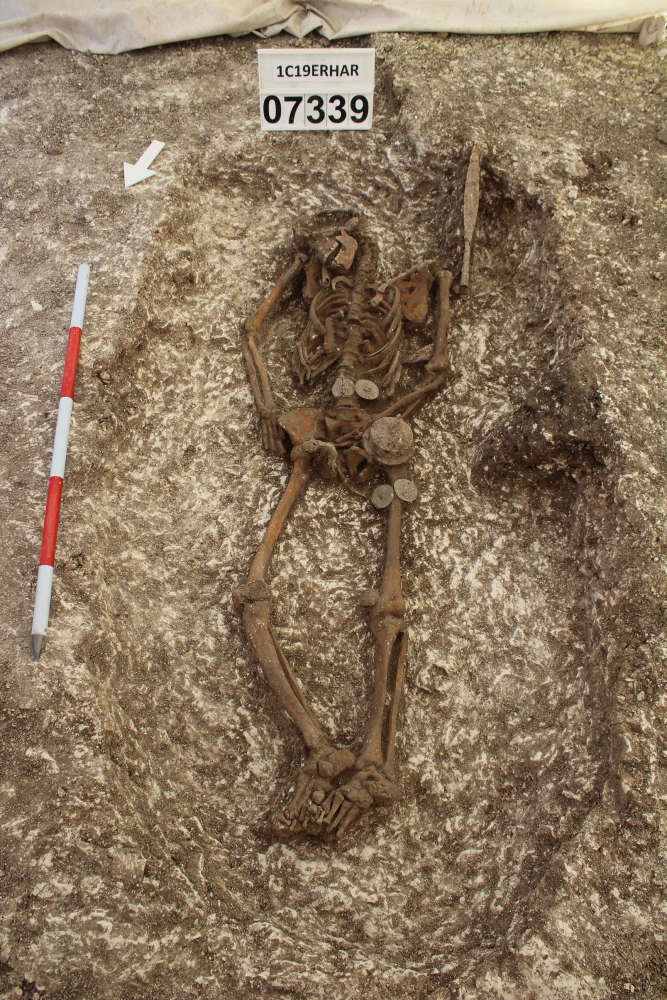 The discoveries made by HS2 archaeologists will contribute a significant amount to the understanding of how people in Anglo-Saxon Britain lived their lives, and what culture and society was like at that time.

The team of around 30 field archaeologists from INFRA JV, working on behalf for HS2’s Enabling Works Contractor, Fusion JV, completed the field work in 2021, at the site which they knew was in use over a long period of time. 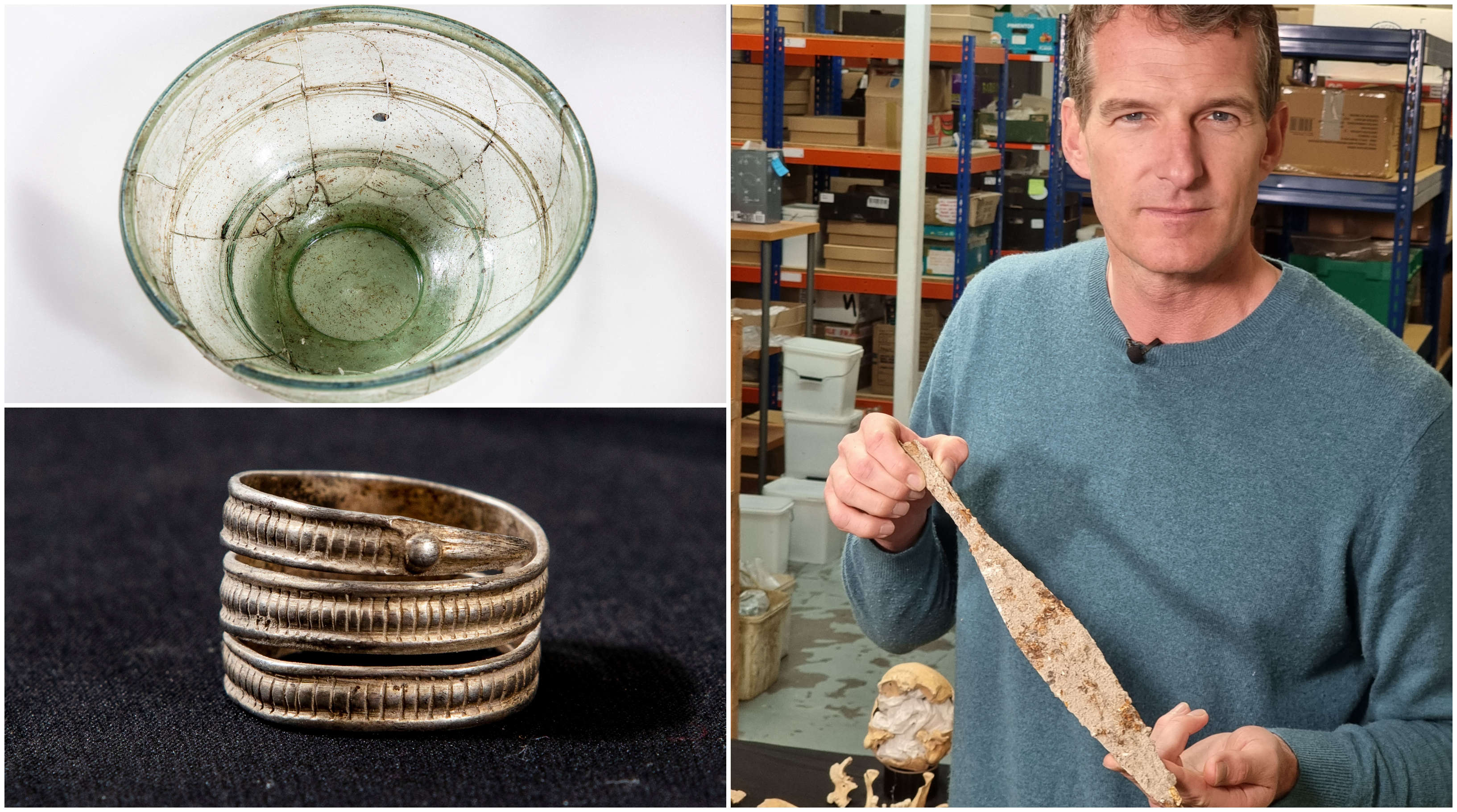 “1500 years ago people in Britain stopped writing things down. Traditionally this period has been dismissed as a Dark Age. But archaeology has filled the gaps.

"By studying the things our forebears have left in the ground, their glass, jewellery, weapons and even their bodies, we can build a rich picture of a dynamic and vital period of our history. This stunning set of discoveries on the HS2 route can tell us more about how our predecessors lived, fought and ultimately died.

"It is one of the best and most revealing post Roman sites in the country and it was thrilling to join the team as they uncovered their wonderful finds.“

Many of burials were found with two brooches on their collarbone, indicating that they would have been holding up garments such as a cloak, or a peplos – a long garment worn by women with shoulder brooches.

Some of the items uncovered could have been imported from across Europe, such as amber beads, and various metals and raw materials used to make the artefacts.

Two glass cone beakers were uncovered intact, which are similar to vessels made in Northern France, although they were also making them in England at the time. 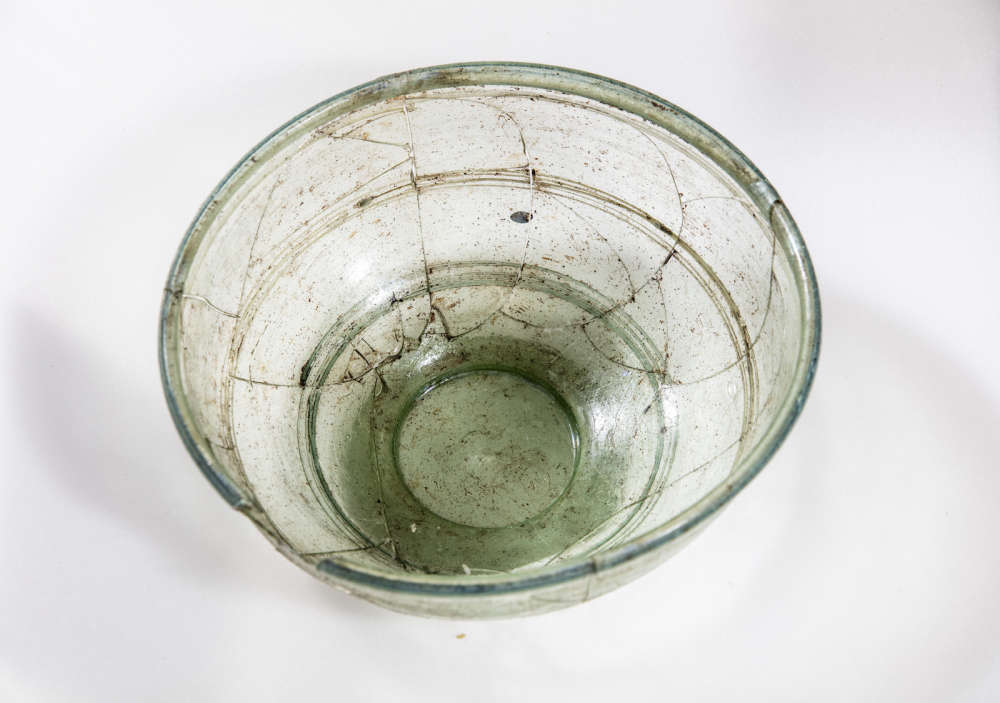 The beakers, which would have been used for drinking liquids such as wine, may suggest the people there had access to fine beverages from abroad. The vessels have decorative trails in the glass and are comparable to the “Kempston” type cone beaker, uncovered in Bedfordshire in 1891, with one currently on display in the British Museum.

One individual, a female, was discovered with a vast array of goods, the quality of which suggest that she was of high-status amongst the buried population at the site. She was buried with a complete ornate glass bowl made of pale green glass, thought to be made around the turn of the 5th century, so could have been an heirloom from the Roman era. Other burial items included multiple rings made of copper alloy, a silver ‘zoomorphic’ ring, brooches, discs, iron belt fittings and objects made of ivory. 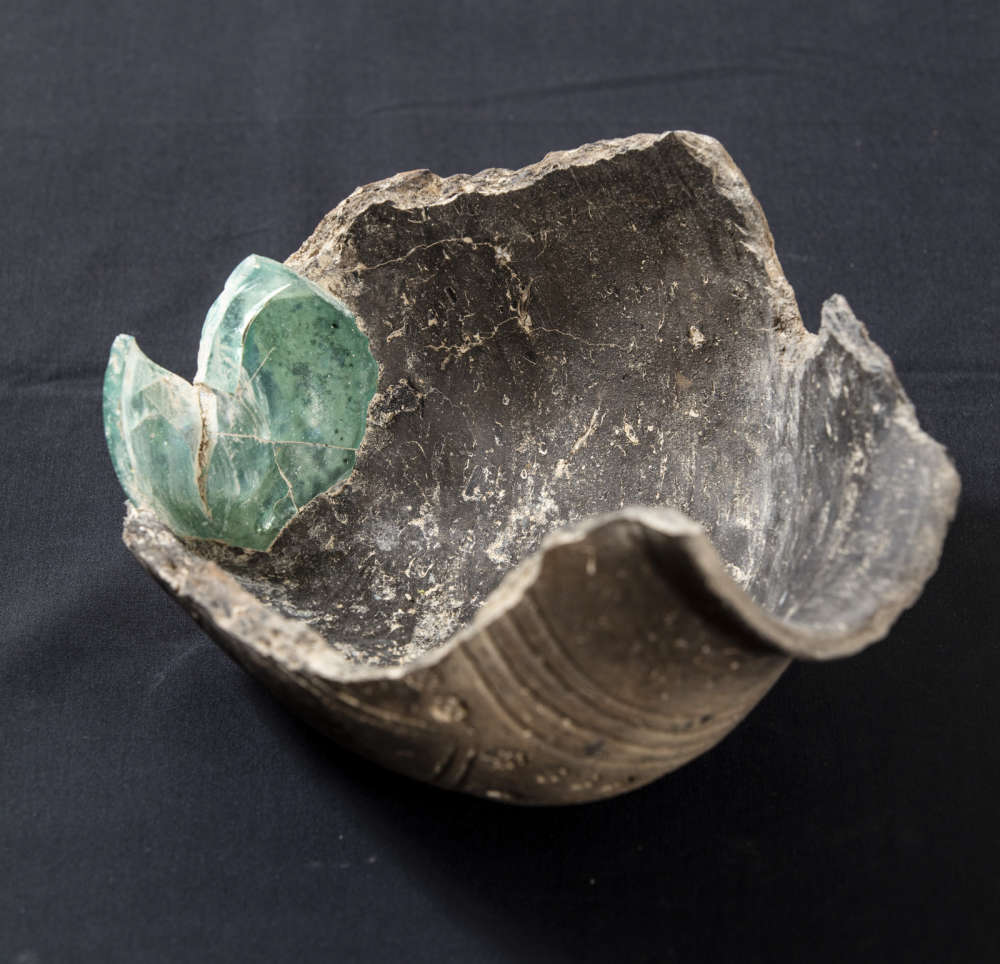 “As we near the end of our archaeology field work on Phase One of HS2, we are just at the beginning of our understanding of how the discoveries will improve our historical knowledge of Britain.

“The archaeological finds made at this site in Wendover will not only be of interest to the local community but are of national importance, providing a valuable insight into life in Anglo-Saxon Britain.”

Whilst the majority of burials were inhumations, many were buried with vessels which were similar in style to cremation urns but were placed in graves as accessories. One of these had a unique style with horns protruding out, and distinctive “hot cross bun’ stamps – a fairly common Anglo-Saxon motif.

“This significance of this site for our historical and archaeological understanding of Anglo-Saxon Britain is huge. It is not a site I would ever have anticipated finding - to have found one of these burials would have been astonishing, so to have found so many is quite unbelievable.

“The proximity of the date of this cemetery to the end of the Roman period is particularly exciting, especially as it is a period we know comparatively little about. The material objects will tell us so much about the people who lived during this period, as will the people themselves.”

You can listen to our full interview with Rachel below:

Archaeologists noted how the goods with each burial appeared to be tailored to each individual – suggesting the items would have held some relevance and significance to the deceased and the mourners at the graveside.

A number of grooming items were discovered, such as toiletry sets consisting of ear wax removers and toothpicks, tweezers, combs and even a cosmetic tube that could have contained a substance used as eyeliner or similar. 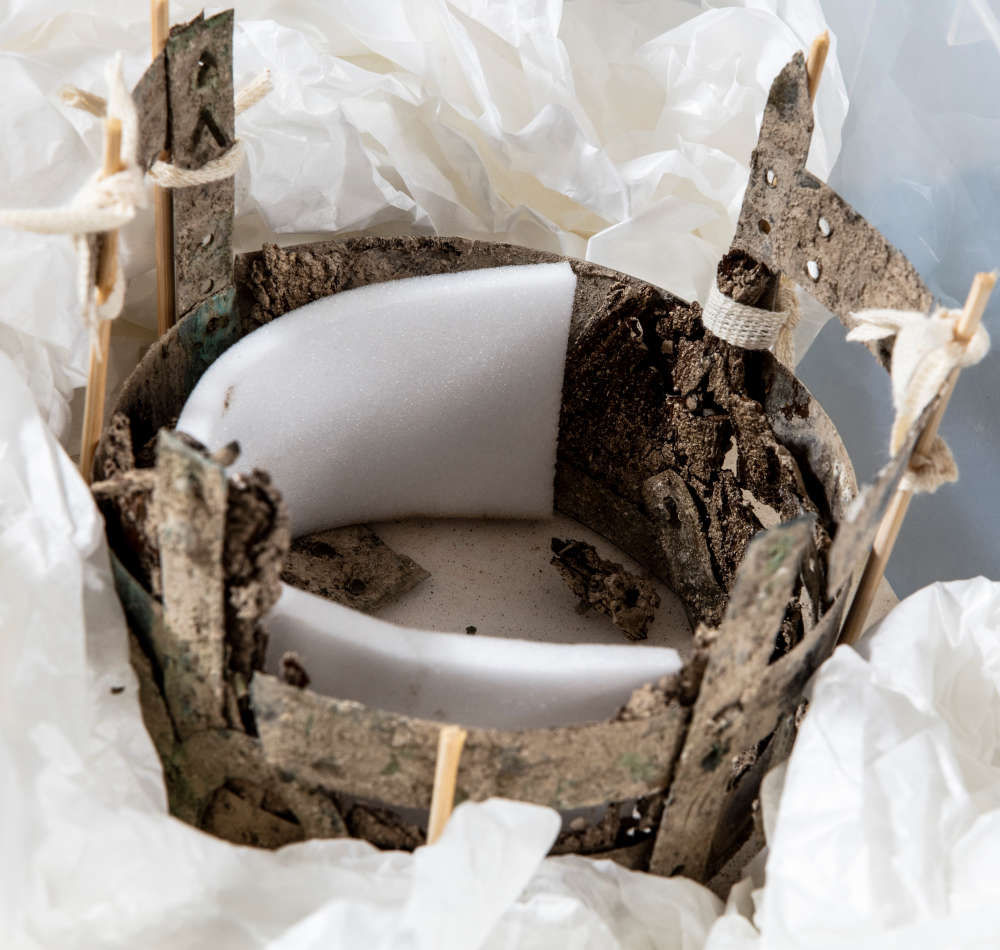 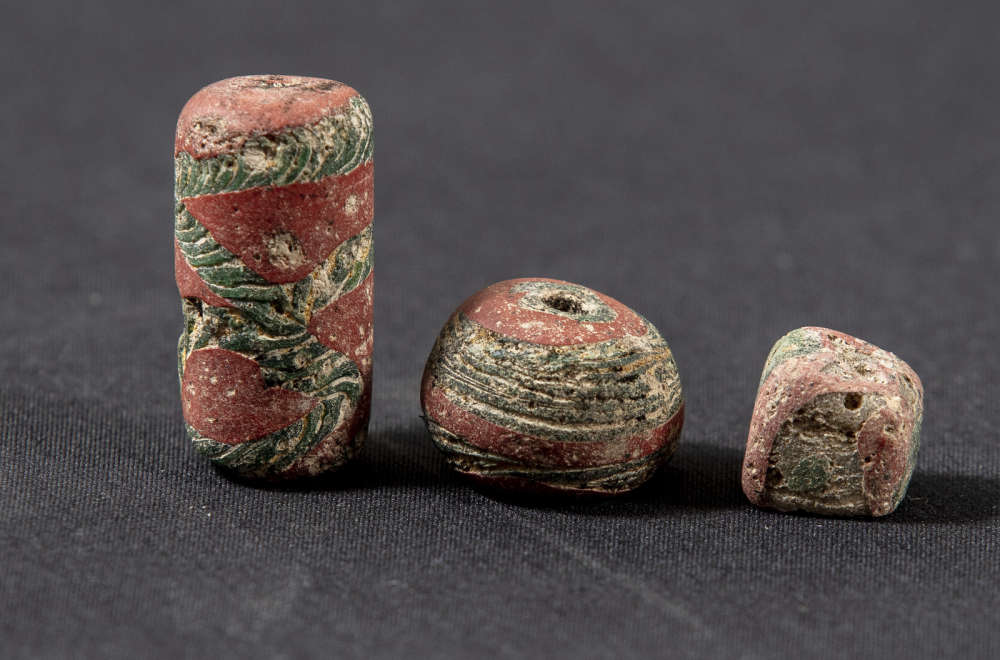 One unique burial was found with a sharp iron object embedded in the spine of the individual, perhaps giving an insight into the cause of death. The skeleton, thought to be a male aged between 17-24 at the time of death, was examined by specialist osteologists who believe the weapon was delivered from the front before embedding in the spine.

Items that may be considered today as unremarkable were also discovered in the graves. This includes an iron and wood bucket with bits of wood that survived, fused to the metalwork. The presence of this item could suggest that it had a more significant meaning than we would attach to such an object today.

The incredible rare discoveries will be featured in a programme on Dan Snow’s History Hit streaming service and podcast, released today [Thursday 16 June 2022]. 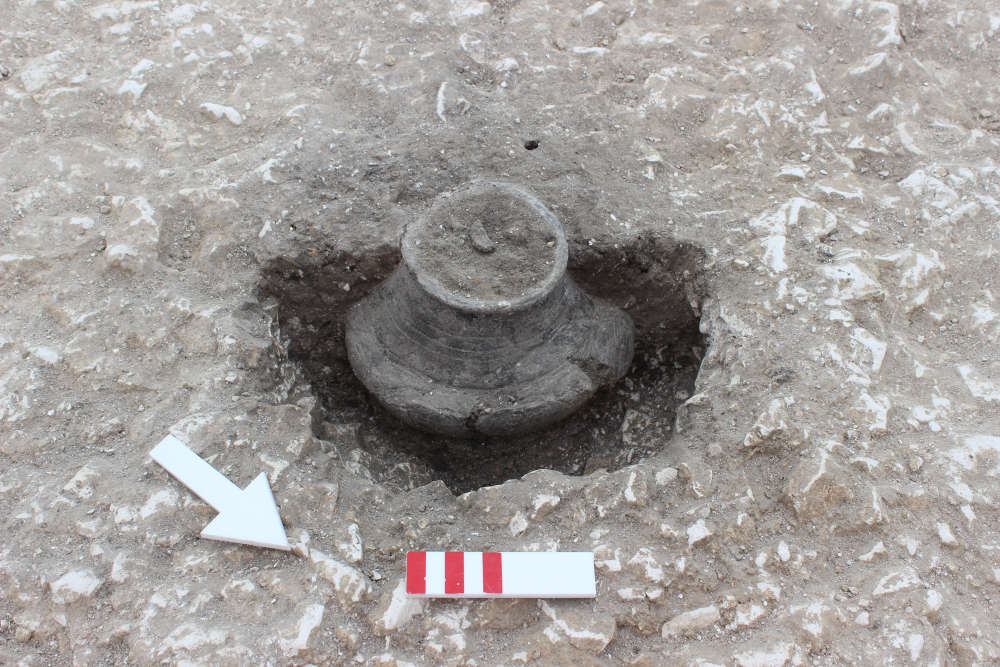 A programme of assessment and analysis will be carried out over the next few years which will provide more insight into the stories of the people buried at the site in Wendover, and the history of the extraordinary artefacts uncovered.

The plan is to put objects on show in local museums in the future.